Fey Insurance Services morns the loss of Douglas M Fey who served those in our agency as an owner, brother and uncle.  We will greatly miss him and his warm spirit around the office.  Below is his obituary. 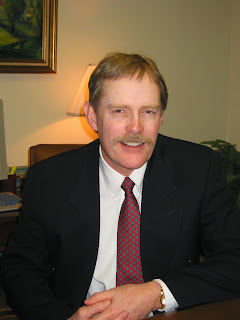 FEY, Douglas Michael age 64, went home to be with the Lord on Friday, September 27, 2013. He was born on December 30, 1948 in Cincinnati, OH, the son of Ralph N. Fey and Ruth Yvonne Curpen "Bonnie" Fey. He attended school in Oxford graduating from Talawanda High School and later attending Miami University in Oxford where he was awarded a Bachelors of Science Degree in Business Administration in 1971. While at Miami he was a member of Beta Theta Pi Fraternity where he served as Chapter Treasurer. Following graduation he entered the U. S. Army serving in the Finance Branch in the United States and for 18 months in South Korea. Upon completion of his military service he returned to Oxford to begin working in the family insurance business with his father, older brother, his sister-in-law and later his nephew. Doug was Vice President of Fey Insurance Services. He loved to fly and held a commercial instructor's rating, and at one time he owned a vintage 1946 Piper Cub which he hangered at his family's farm. In addition, he was at various times a member of the Oxford Presbyterian Church, the Oxford Kiwanis Club, the Oxford Rotary Club and the Oxford Country Club. On October 17, 1993, Doug married his beloved Paulette, and they moved to Lebanon, OH where he lived the rest of his life. Doug and Paulette loved to travel and spend time with their children and grandchildren. He leaves his brother, Thomas Curpen Fey (Cathy) of Oxford, Ohio, Paulette's daughters Amber Mitchell (Jon) of New Carlisle, Ohio, Kim Martin (Zach) of Loveland, Ohio and Laura Hockett of Lebanon, and thirteen grandchildren including Samantha Mitchell, Milo Mitchell, Ulyana Mitchell, Ilia Mitchell, Anastasia Mitchell, Slava Mitchell, Olga Mitchell, China Martin, Nova Martin, Cherokee Martin, Zion Martin, Ivy Hockett, a niece, Elizabeth Fey Mundy (Al) of Cincinnati, Ohio and nephew, Brian Douglas Fey (Kate) of Cincinnati, Ohio and their children. He was preceded in death by his parents. Visitation will be held on Wednesday October 2nd from 10:00-12noon at Oswald-Hoskins Funeral Home with a service immediately following. Interment will take place in Lebanon Cemetery. Arrangements were made by Oswald-Hoskins Funeral Home. Online condolences may be sent to the family by visiting www.hoskinsfh.com
Posted by Fey Insurance Services at 8:28 AM