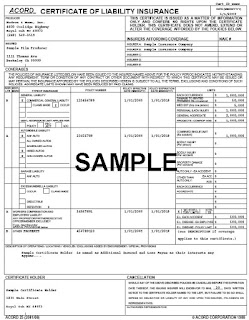 The Rough Notes production department has put together a wonderful video that goes over the basics of a homeowner insurance policy and how it protects your house.  This is a great video for any homeowner to view, especially someone buying a house for the first time.

Posted by Fey Insurance Services at 11:55 AM

To Shovel or Not to Shovel? Here's the law in Ohio

This is an article posted on "Ohio Insurance Institutes" website:

As far as Ohio law goes, homeowners don’t have a legal obligation to shovel sidewalks due to a natural accumulation of snow and ice, but this doesn’t mean you shouldn’t at least try to maintain them.


In December 1993 the Ohio Supreme Court upheld this law when a guest attempted to sue a homeowner in Franklin County for a slip and fall outside of the homeowner’s house.

In the case Brinkman v. Ross, the court ruled that you are walking at your own risk when Mother Nature calls. The case stemmed from a visit by the Brinkman’s to the home of the Ross’ in February 1989. Ms. Brinkman slipped outside the Ross home breaking her ankle. She sued her hosts in Franklin County Court of Common Pleas. The court threw out the complaint, indicating that it had long been established that Ohio homeowners are not obligated to remove natural accumulations of snow and ice.

The decision was reversed in the court of appeals, saying that if a homeowner knows of a hazardous condition and invites guests to visit, there is an obligation to at least warn them. The case then went to the Ohio Supreme Court where the judgment was overturned.

It’s up to your guests and other pedestrians to assume that due to the nature of Ohio winters, there’s always a risk of a slip or fall due to the natural accumulation of ice and snow.

Local municipalities may invoke snow removal ordinances. If your city or township has an ordinance that requires residents to keep walkways free of snow and ice, then you have a responsibility to maintain your sidewalks. Some Ohio cities with snow removal ordinances levy fines for not removing snow in a timely manner while others issue warnings.

However, a local ordinance does not automatically implicate a homeowner if someone slips and falls on their uncleared property.

Examples of local snow removal ordinances/requirements
Below are links to information and/or ordinances for a handful of Ohio communities. The Ohio Insurance Institute suggests checking with your local municipality on any snow removal policies or requirements. Many provide this information online.


Posted by Fey Insurance Services at 10:47 AM