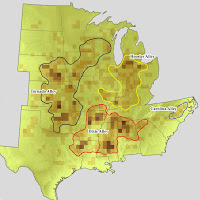 This was recently published on Discovery News.

By John D. Cox Tue Apr 27, 2010 12:11 AM ET
It may come as little surprise and no comfort to survivors of the weekend tragedy in Mississippi, but recent research confirms that they are living in the most dangerous region in the most dangerous tornado country in the world."Tornado Alley" is an unofficial term traditionally used to describe a vaguely outlined swath of countryside from the deep south, through the southern plains and into the upper Midwest, but the label really doesn't tell you very much. New research on display recently at the annual meeting of the American Association of Geographers in Washington, DC adds new levels of detail and potential usefulness to the term. The analysis identifies four distinct regions in the eastern half of the US as worthy of the tornado alley label.Michael Frates, a graduate assistant at the University of Akron in Ohio, devised the new boundaries and a more nuanced set of "Tornado Alleys" by analyzing the spatial distribution of F3 to F5 tornadoes with tracks greater than 20 miles in the Central and Eastern US from 1950 to 2006. The output of that work is spread across grid of more than 3,000 cells across the region.Each cell was then given a different "frequency value" depending on the frequency of tornadoes with intersected the unit, and out of this process came "major spatial patterns, which served as the basis for delineating new tornado alleys," as shown on his map.
"Results from this analysis indicate that Dixie Alley has the highest frequency of long-track F3 to F5 tornadoes, making it the most active region in the United States," Frates concluded. Dixie Alley had a frequency value of 2.92, followed by Tornado Alley (2.59), Hoosier Alley (2.37) and Carolina Alley (2.00)."Based on this analysis," wrote Frates, "colloquial tornado alley fails to represent the areas of highest activity in the United States," a subject he suggested the National Weather Service might want to take up.For what it is worth, computer models saw the potential for tornadoes and other severe weather across a large region several days in advance as a cold storm system rolled in from the West toward the warm moisture of the Gulf. The first major outbreak of tornadoes arrived unusually late this spring, probably because El Nino conditions in the tropical Pacific Ocean have held the subtropical jet stream at a more southerly latitude than normal for this time of year.
IMAGE: Courtesy of Michael Frates, University of Akron.
Posted by Fey Insurance Services at 9:31 PM

Your Duties in the Event of a Loss 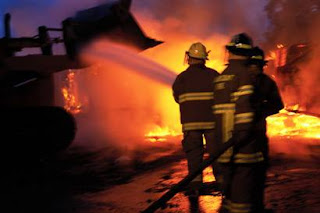 As a condition of coverage, your property policy requires certain things of you in the event you have a loss. These are conditions that must be met by the policyholder in order for the insurance company to pay for the loss.

· Prompt notice of loss must be given to the company or their agent.
· In the event of a loss by theft, the policy must be notified.
· If the loss falls under the additional coverages section for the credit card or fund transfer card, the appropriate bank or credit card company must be notified.
· The property must be protected from further damage. If this requires the insured to make reasonable and temporary repairs to protect the property, accurate records must be kept of the repair expenses.
· The policyholder has a duty to cooperate with the insurer in the claim investigation.
· The policyholder must prepare an inventory of the damaged or lost personal property. The description, quantity and value must be listed in the inventory, and documentation such as receipts, bills or related documents should be included if available.
· The policyholder must make the damaged property available for inspection by the insurance company, provide the requested records and documents and permit the insurer to make copies.
· Following a loss, a policyholder must complete the Proof of Loss form. This proof of loss statement must be signed and sworn.
Of course, you are not left to your own devices to complete these duties. There will be help and guidance from the adjuster, and we are always available to help you with your claim.
Posted by Fey Insurance Services at 11:31 AM

Email ThisBlogThis!Share to TwitterShare to FacebookShare to Pinterest
Labels: Claim

Examination of Commercial Books and Records 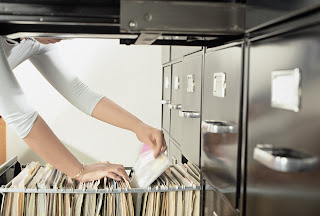 In your commercial property policy you will find a section titled "Policy Conditions." This section of the policy spells out requirements of the policyholder and the insurance company. It covers information about each party's right to cancel the policy, the insurer's right to inspect the property and conditions about abandonment of the property. There are many more conditions though, and it is good idea that you make yourself aware of these provisions.

One of the conditions is the insurance company's right to audit your books and records as they relate to your policy. Depending on your type of operation, you may already be experienced with the audit process. It is mostly painless and the information can usually be found in your accounting and employment records. The examination may take place during the policy period or any time within three years after the policy periods end, however, an audit usually takes place within a few months of your policy renewal.

The insurer will not just randomly go through your records. You will be given a list of requested information to facilitate the process. This process is usually pretty painless as long as you have current and accurate records.
Posted by Fey Insurance Services at 11:23 AM 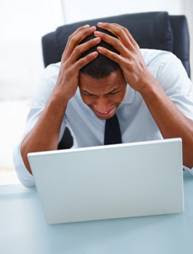 Internet security firm Imperva of Redwood Shores, Calif., recently analyzed 32 million passwords that were exposed in a security breach for an online company in Dec 2009. They not only identified the most common passwords, but also suggested effective methods for creating secure ones.

The hacker in this 2009 breach only posted the member's passwords to the Internet, and was more interested in exposing the company's lax security. If complete usernames, email addresses and passwords were revealed, the ultimate damage could have been devastating. The reason: many people use the same username and password for all online dealings, including banking. Imperva reported the five most common passwords were: 1234, 12345, 123456789, password and iloveyou.

It seems that little has changed over the last 20 years. A review of the 1990 study of Unix password selections found remarkable similarities to the passwords revealed by this recent security breach. The study revealed about 50 percent of the users had the same username and passwords for access to multiple Web sites. Just 10 years ago, hacked Hotmail passwords showed the same passwords selection tendencies in their users.

Imperva recommends passwords contain at least eight characters and a mix of four different types of characters (upper case, lower case, numbers and symbols). It should not be a name, word or contain any part of an email address.

If you have any questions about including identity theft protection in your insurance policy, feel free to get in touch with us.
Posted by Fey Insurance Services at 12:01 PM

Recently this article was posted as an editorial in the April 5th, 2010 Toledo Blade. We here at Fey Insurance Services thought it might be of interest as it could be something that affects all of us on the road.

Article published April 05, 2010Time to ban texting
The Michigan Senate took a fairly dramatic step a few days ago. Lawmakers had earlier voted to make the highly dangerous practice of text messaging while driving illegal - but only as a secondary offense, meaning police could only cite you for it if they first pulled you over for something else.

Since anybody who sees flashing red lights is apt to stop texting immediately, this meant the law would be little more than eyewash. But the GOP-controlled Senate reversed itself, voted to make texting a primary offense carrying an immediate fine, and sent the bill back to the House.
Why the change of heart? Senators were shaken by a teenager in Ottawa County who was killed when he took his eyes off the road to text-message his girlfriend. The boy was far from the first victim; three years ago, St. Louis Cardinals pitcher Josh Hancock was sending a text message when he crashed into a flatbed truck and was instantly killed.
The danger of this phenomenon may not be sufficiently understood by lawmakers in their 40s and 50s, who usually aren't part of the text-message generation. But it is increasingly how young people communicate, and being on the road with drivers looking down to punch a tiny keyboard on their cell phones ought to scare anyone who isn't in a Sherman tank.
The text-messaging bill's main sponsor, state Rep. Lee Gonzales (D., Flint), knows what that means. He introduced the legislation after his pregnant daughter-in-law was rear-ended by a woman punching away on her cell phone. Fortunately, she and the baby both survived.
The day before the Michigan vote, the Ohio House passed a similar bill that would make texting a primary offense, though it would not allow police to issue fines for six months. The Ohio Senate and the Michigan House should speedily ratify the work of their respective other chambers, and join 20 other states that have banned the practice.
Thanks to seat belts and safer cars, highway deaths in the nation last year were lower than in any year since 1954. It would be tragic if we allowed modern communications technology to send the death toll spiraling skyward once again.
Posted by Fey Insurance Services at 11:21 AM

On March 26th the Senate closed for a two week recess with out approving an extension for the Federal Flood insurance program that would have carried the program through until April 30th. Because the extension was not put through the current program has expired. Any flood insurance customers that are either renewing their policy between now and April 12 (when the Senate meets again) or that need to purchase flood coverage to close on a house will not be able to. This will cause a few home closings to be pushed back until the situation is resolved.

For those that already have flood insurance in place and are not renewing anytime soon the program will still function as normal if claims arise. There are currently 5.6 million policies in force with this program.
Posted by Fey Insurance Services at 10:07 AM