Waiver of Subrogation, What is it? 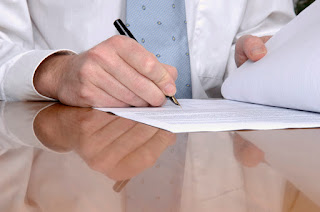 There are two example of where a landlord may want the Waiver of Subrogation wording on their own insurance policy. The first is if they are renting to a family member or friend who they know doesn't either have enough assets or money to be able to cover them in case of a claim, they may not want their insurance company to be able to go after them to collect for damages. The second is if the landlord and tenant are owned by the same person or organization. In some cases, usually for legal or tax reasons, a person may have one company that owns the building and another company that owns the business that is the tenant. In those cases you would probably want both the landlord and tenant policy to have a Waiver of Subrogation clause in their policies so that you don't have your two insurance companies fighting over payout.

When entering into a lease or a business contract it is important to know if you are going to be required to have Waiver of Subrogation and if you have it or not in your insurance policy. It is best to have both your legal team and your insurance professionals review contracts to make sure you are adequately protected.