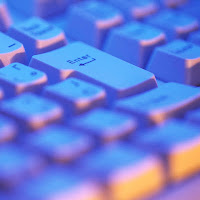 As absolute dependence on computers and computer stored information grows there are new ways companies can be sued by third parties for damages.  When private information such as dates of birth, social security numbers, credit card numbers, etc are stolen off of your business' computer systems, it is called a data breach, and they are very costly to manage.  The insurance industry has calculated this cost to be about $200 per individual whose information was taken.  Also, if a malicious virus is distributed from your computer to a customer’s computer system and causes damage, you could be held responsible for cost to repair their system.  Your basic general liability policies are not designed to pay for such claims so many times when businesses look to their business policies the coverage is not there to help with these expenses.  Because of that, insurance companies have developed a new product called cyber liability.  It is designed to step up and pay for the third party damages caused by your data breaches and damage by viruses to other’s computer system.

So what kinds of business should be looking into this new cyber liability products?  Any business with a computer, especially one that stores or interacts with any private information or distribute emails to others should look into this product.  Restaurants and retail stores that take credit cards, professional business that store dates of birth, driver’s license numbers and social security numbers, even doctors’ offices are at risk for the types of claims mentioned above.  Unfortunately, even if a business has the best firewalls and antivirus software, they still are at risk of data breaches and malicious viruses.  Cyber liability is something designed to help protect your business assets if an unpreventable claim strikes.
Posted by Fey Insurance Services at 1:49 PM

MSN Health recently published on their website a great article about firework safety.  We wanted to post this article as both a way to wish you a Happy Fourth of July and to make sure you keep it a safe Fourth of July.  Here is the article.  To go directly to their site click here or read below:

Each year, especially during the early summer weeks around the Fourth of July, thousands of people are treated in emergency departments for fireworks-related injuries. While some are minor, many of these injuries are serious, for example, resulting in burns or blindness. In 2008, seven deaths from fireworks-related injuries were reported; perhaps these could have been prevented.


Children should never be allowed to use fireworks! Of the 9,800 fireworks-related injuries reported to the U.S. Consumer Products Safety Commission (CPSC) in 2007, almost half occurred in children under the age of 15.

All fireworks are dangerous—even sparklers—which cause the majority of fireworks-related injuries to children under the age of 5. Sparklers burn at very high temperatures (up to 2,000 degrees Fahrenheit), sending out sparks that can easily set clothes on fire and cause permanent eye damage.

Because the risk of injuries when using fireworks is so high, the American Academy of Pediatrics (AAP) supports a nationwide ban on the private use of any and all fireworks. Instead, families should attend public fireworks displays, which are much less dangerous.
While a few states have banned all consumer fireworks, most have not. Until every state bans fireworks, the CPSC and the National Council on Fireworks Safety recommend taking the following safety precautions to make it less likely that someone will be injured by these potentially dangerous devices:

Information contained in this article was adapted from the American Academy of Pediatrics and the Consumer Product Safety Commission.